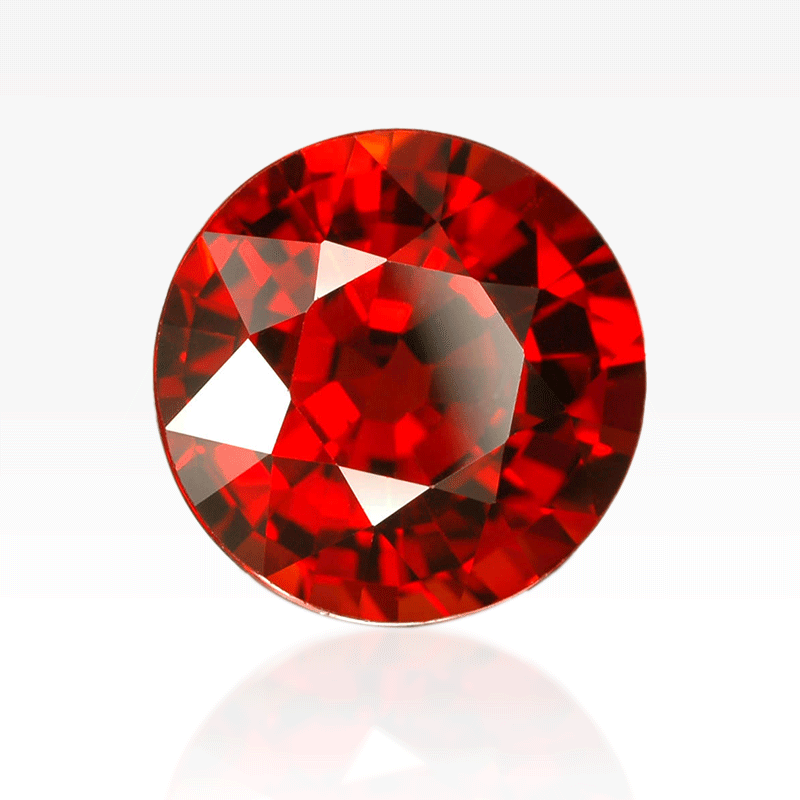 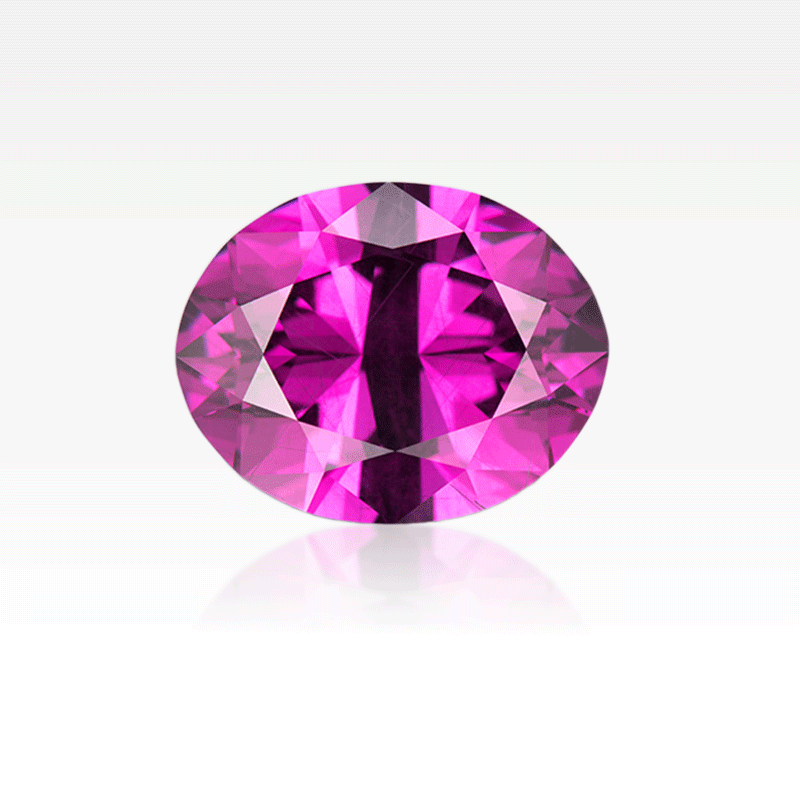 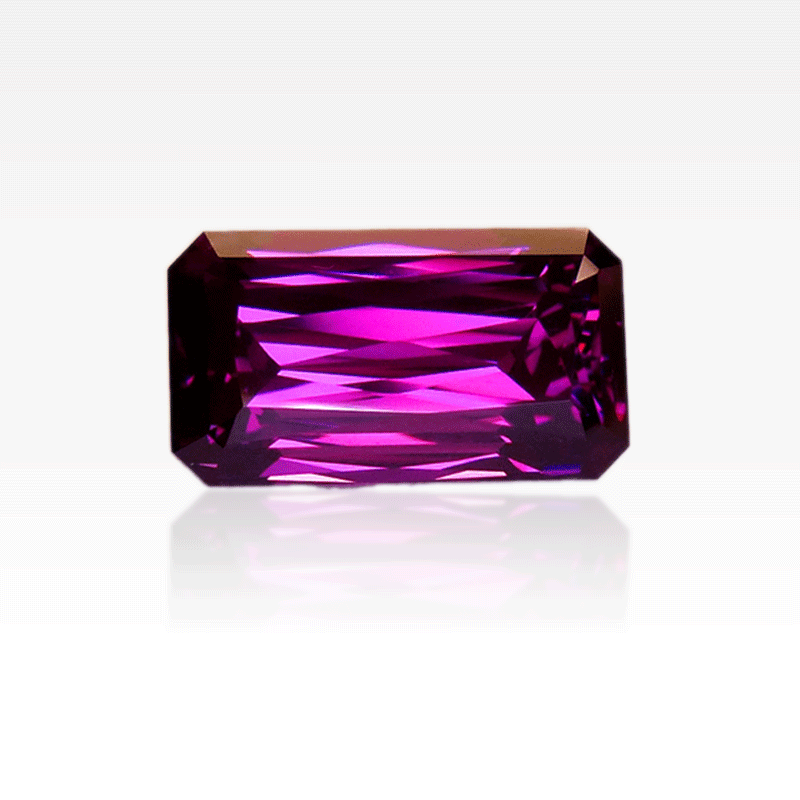 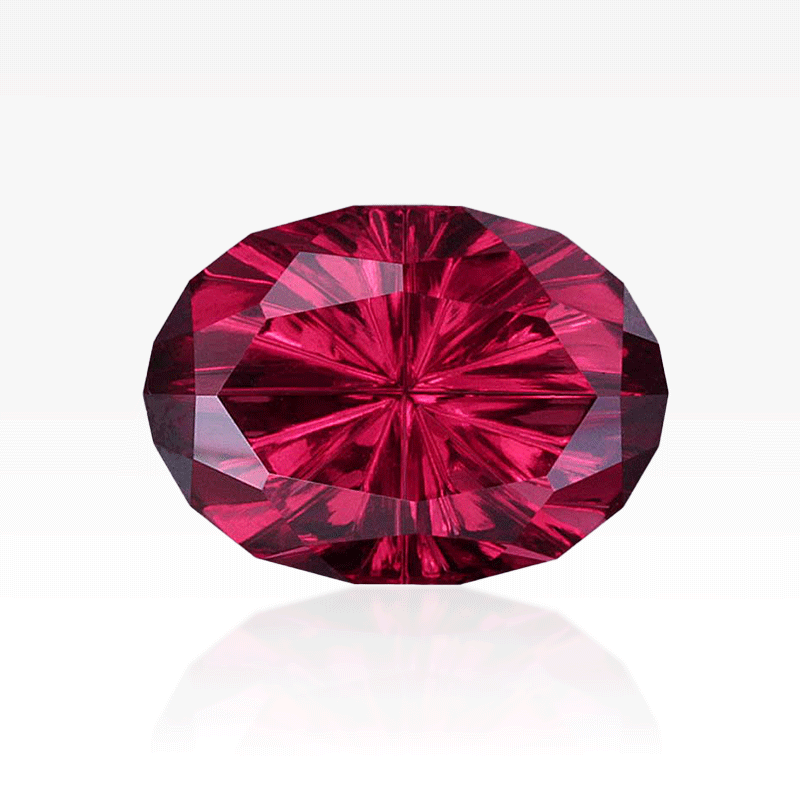 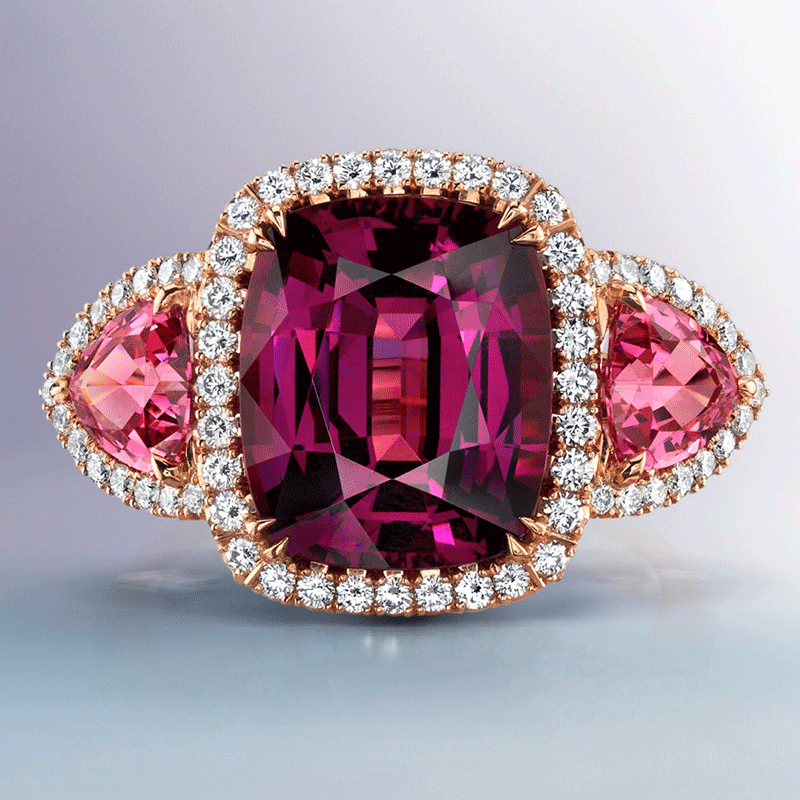 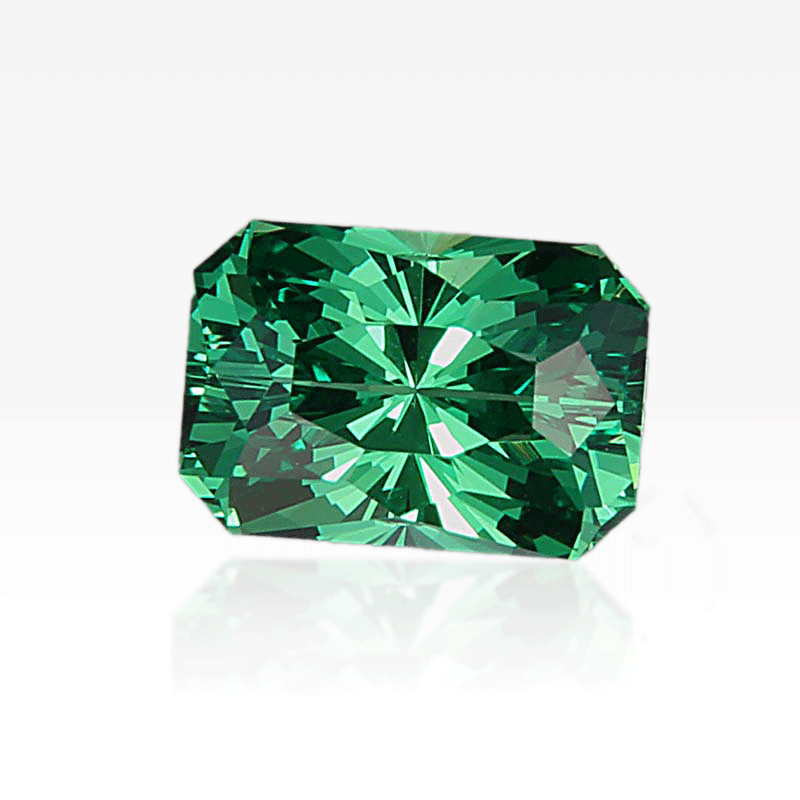 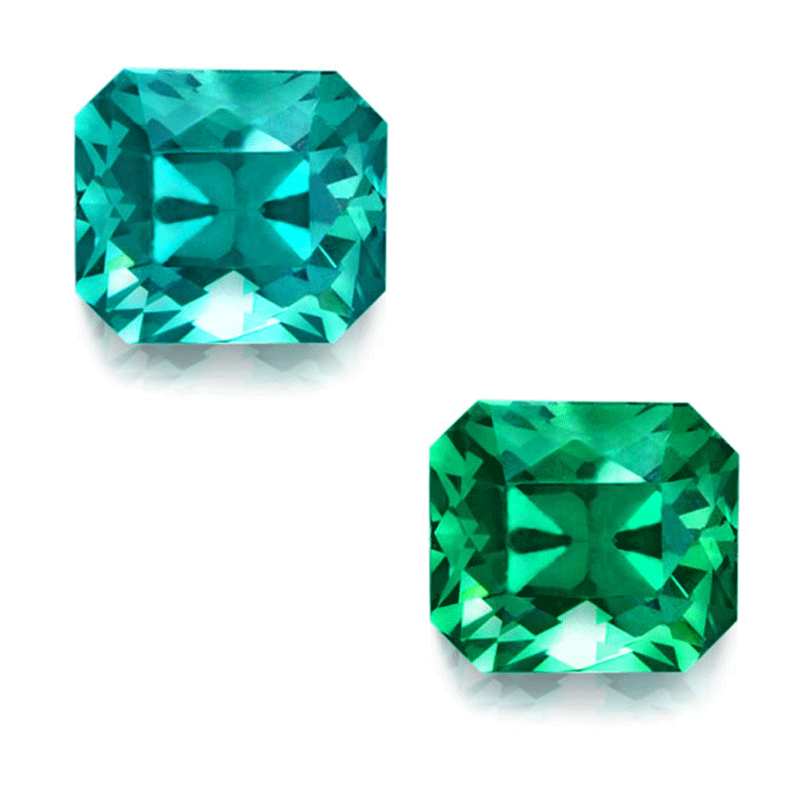 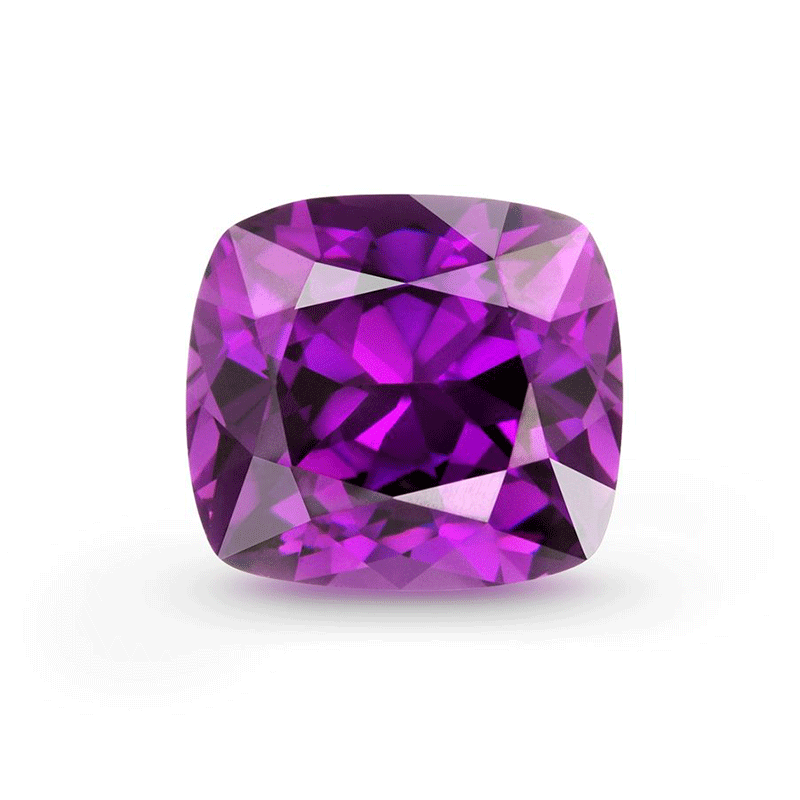 Traditionally regarded as the gem offering constancy, friendship, faith and truth for those of January birth. The word “garnet” is derived from a term that means “seed,” because the gem resembles the color and shape of a pomegranate seed. Most are surprised to learn that garnet is found in multiple hues of pink, purple, green, yellow orange, chocolate and a very rare blue.

A majority of the garnet varieties can be classified as one or a mixture of five types: Almandine, the most common type, is dark red to brownish-red. Pyrope is a deep, vivid red. A blend of Pyrope and Almandine is rhodolite, a light to dark pink to purplish red. Andradite comes in yellow, green or brown, known as Demantoid when emerald in color. Grossular garnet comes in yellow, orange and brown, known as Tsavorite in its green variety and Hessonite when cinnamon-colored. Spessartine comes in shades from reddish-brown to yellow orange.

Lively, bright colors usually command higher prices in better qualities of garnet that are typically free of inclusions. Rhodolite, particularly in its reddish colors, and Spessartine, in bright orange-red are uncommon and considered more valuable, with the rarest garnets being Tsavorite, Demantoid & Umbalite.

Tsavorite garnet is one of the most expensive varieties of garnet. This is the rich grass-green grossular garnet found in Kenya, Tanzania and Madagascar. The gem was first discovered in Tanzania, East Africa in 1967 by Campbell Bridges. The name Tsavorite was coined in 1974 by Campbell Bridges and Tiffany’s Henry Platt, named after Tsavo National Park which lies adjacent to rich deposits of the gem.

Named for a dominant hue rarely seen in Garnets, Blue Garnet is an incredibly rare, undeniably beautiful, and an extremely unusual variety of Color Change Umbalite Garnet. Unlike traditional Color Change Garnets that exhibit a color change from purplish or orange-red in incandescent (indoor) light to bluish or yellowish green in daylight, Blue Garnet displays an attractive color shift from blue with a hint of green (blue teal) in sunlight or candescent light, to a green with blue flashes in candlelight or incandescent light. A rare, natural cocktail primarily of Pyrope with traces of Spessartite, Umbalite was first unearthed in 1978 and named for the locale of its discovery. A variety of Garnet, Umbalite is also referred to as Malaia (Malaya)

The Mehenge Garnet is another of the Malaya garnet group found in the Mehenge Mountain area of Tanzania East Africa. The Mehenge garnet name usually refers to the light to dark pinkish-purple variety of garnet in this group. The Malaya Garnet is the gemological varietal name for the group of light to dark pinkish-orange, reddish-orange, or yellowish-orange found in this area. The garnets are a mixture of pyrope, almandine and spessartine.

Another very rare garnet from Tanzania is a Pink color-change variety. This garnet’s color shifts from purple in daylight-equivalent light to a glowing pink in incandescent light.

Typically not enhanced, garnets need only warm soapy water and a soft brush to clean. An ultrasonic cleaner is safe for most varieties except andradite (demantoid).