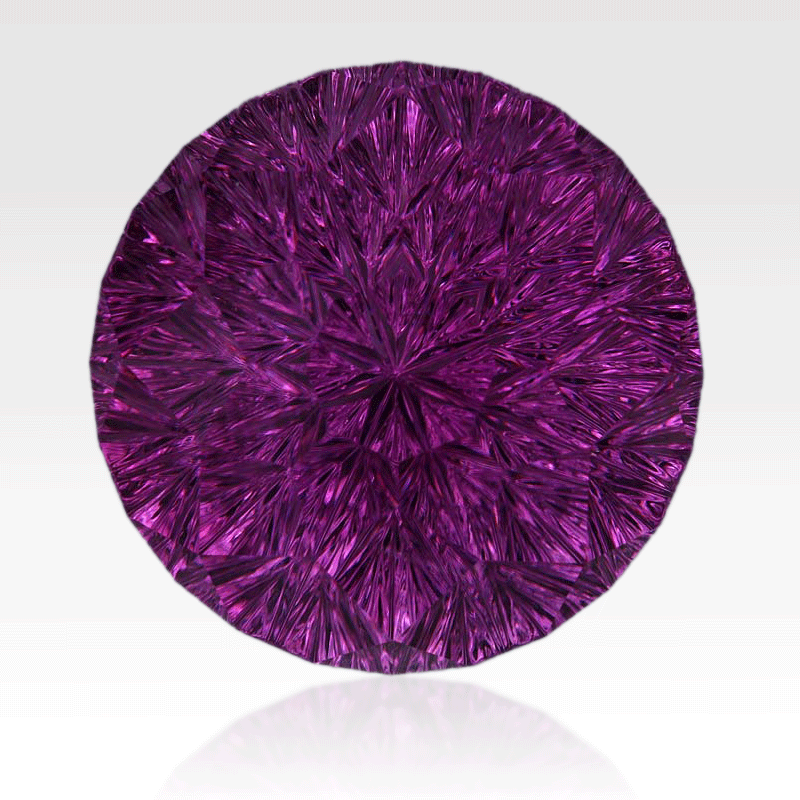 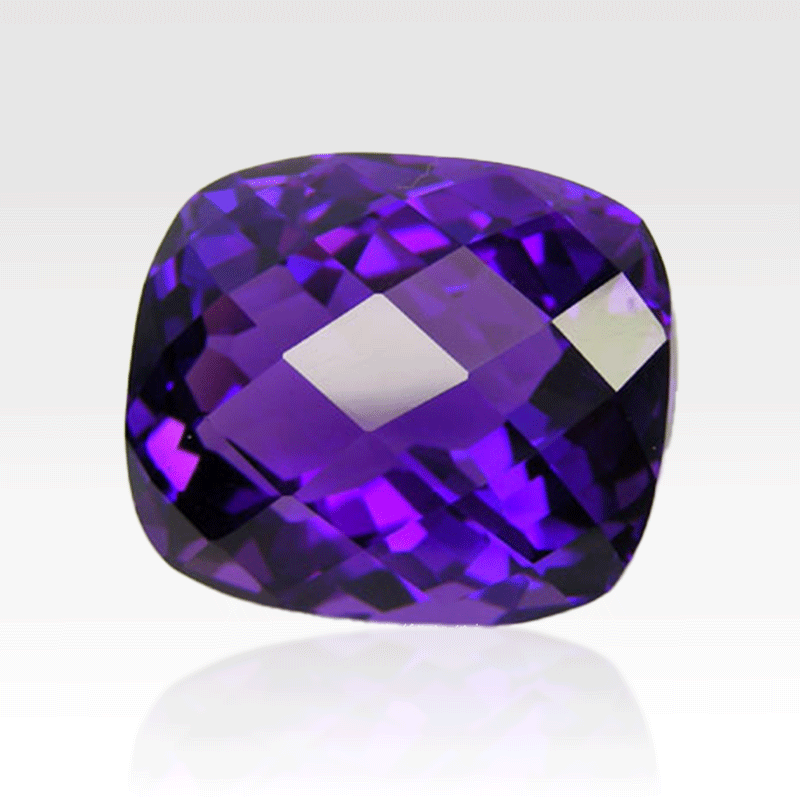 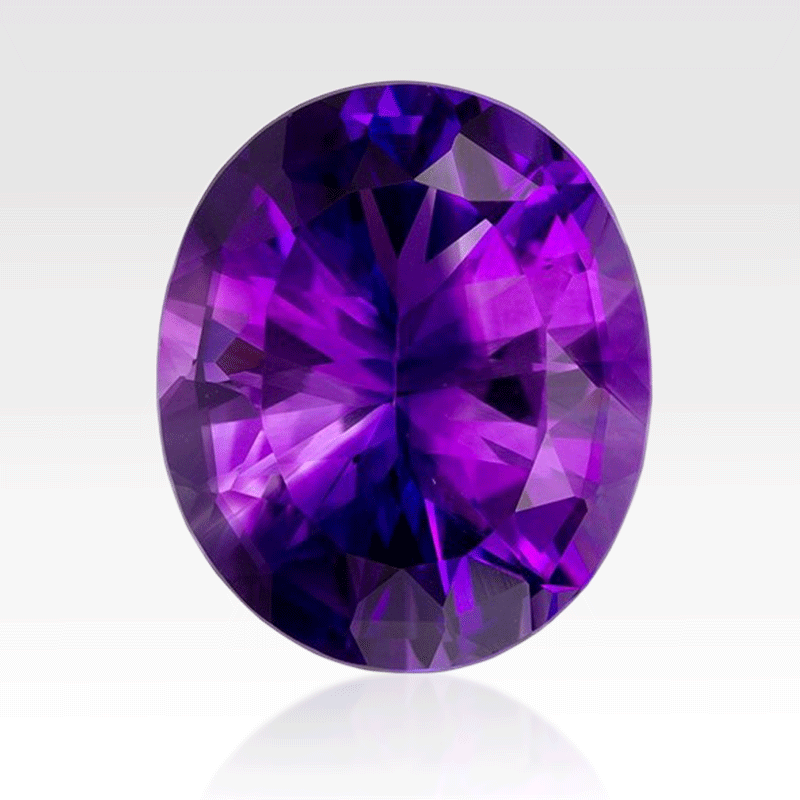 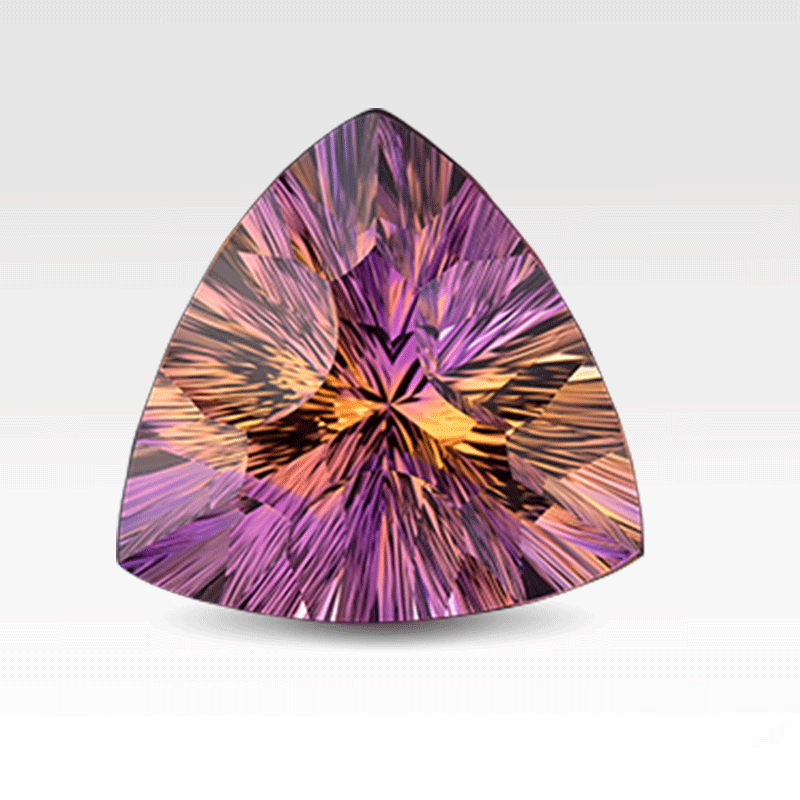 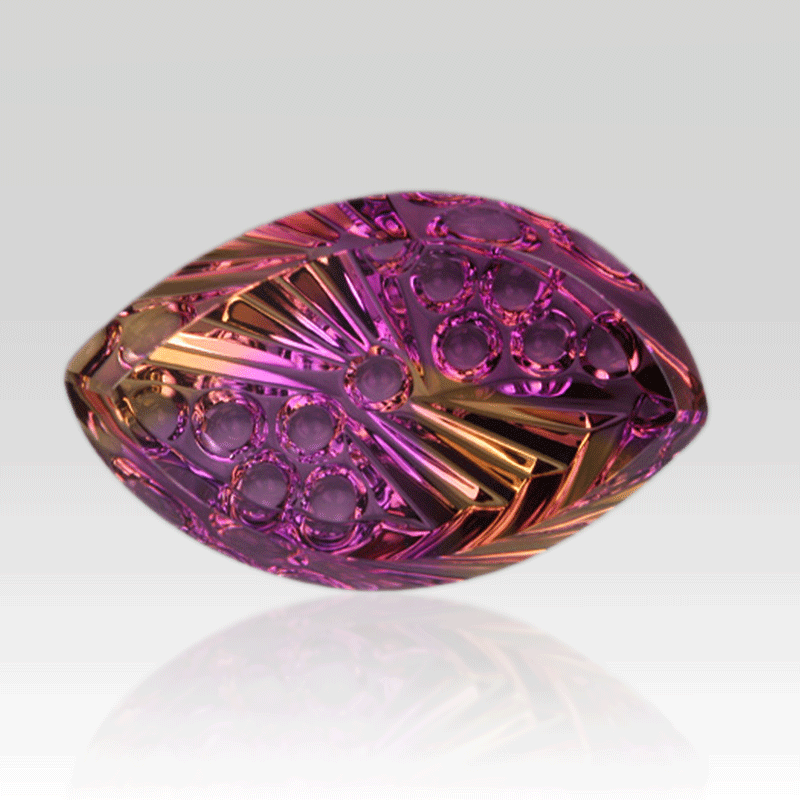 February’s birthstone, Amethyst, is believed by some to be a natural tranquilizer. It relieves stress and strain, soothes irritability, balances mood swings, dispels anger, rage, fear, and anxiety. The gem of optimism and good fortune, amethyst reveals the positive vibrations surrounding those who wear it.

A member of the quartz family, amethyst comes in a variety of purple shades of varying intensity…from pale lilac to reddish or bluish violet to deep purple with red highlights. Amethyst has been the most-prized quartz variety for centuries. Once available only to royalty, relatively plentiful supplies have made amethyst more widely available in modern times. Today, because of its availability and affordability, amethyst is used in mass-market jewelry as well as custom designer pieces. This makes amethyst one of the world’s most popular colored gems and the most commercially important gem-quality quartz variety

Amethyst is available in all size ranges for setting into a variety of jewelry styles. It’s popular as a large center stone since the price per carat does not rise dramatically with larger size. Amethyst is also commonly found in calibrated cuts, which means they’re cut precisely to standard industry sizes, in all qualities.

A meeting of violet to purple amethyst and golden yellows of citrine within a single quartz crystal signifies use of the trade term, “Ametrine”. Coined to bring both varieties of quartz to mind simultaneously, it describes the bi-color feature of the gem perfectly. Alternatively known as trystine or bolivianite, ametrine's mixture of amethyst and naturally rare citrine emphasizes the infrequency of the occurrence taking place. Ametrine has never been mined from locations other than from within Boliva's borders at the Anahi