"La Gloria," which is said to be the largest Muzo rough emerald in North America, carries a preliminary estimate of $4 to $5 million and is part of a 2,000-carat collection that is expected to yield a total of $15 million to $20 million.

Included in the group are more than 20 loose emeralds — both faceted and rough — as well as 13 pieces of emerald jewelry. The museum-quality emeralds were collected by gem expert Manuel Marcial de Gomar during his 62-year career spent in the U.S. and in the jungles of Columbia, specifically at the Muzo mines, which are famous for yielding the world's finest emeralds.

Emeralds from this mine are known for their legendary saturation and hue. In fact, "Muzo Green" is often the yardstick by which all other emeralds are judged.

Along with "La Gloria," the auction house is spotlighting the "Tears of Fura," a matched pair of teardrop-shaped Muzo emeralds, and the "Marcial de Gomar Star," a rare double-sided star emerald.

The "Tears of Fura" have a combined total weight of 95.51 carats and a preliminary estimate of $3 million to $4 million. The name of the stones honors the two Colombian mountain peaks of Fura and Tena, which were considered sacred by the Muzo people. They believed Fura and Tena were the parents of humanity and legend states that the tears of Fura became emeralds and butterflies.

The "Marcial de Gomar Star" weighs 25.86 carats and is the largest of only 11 star emeralds known to exist. It displays a six-rayed star that is visible from both sides. (The auction house noted that this may be the first known double-sided star emerald). The gem's preliminary estimate is $2 million to $3 million. 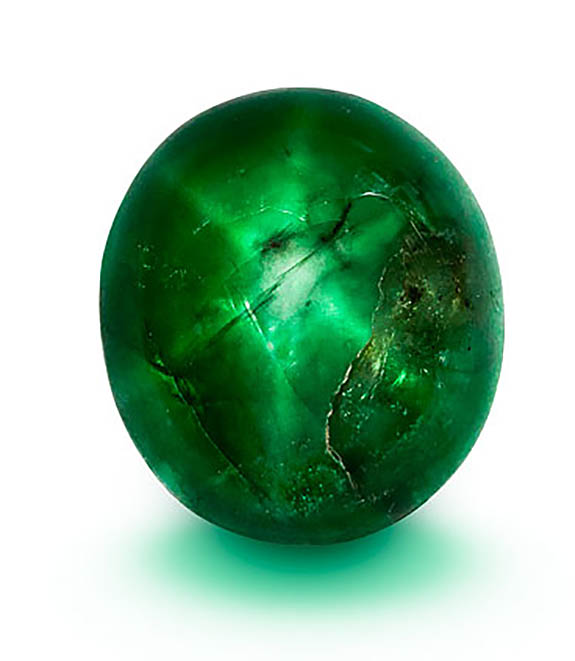 Marcial de Gomar's firsthand knowledge and experience with rare emeralds, including shipwreck-origin emeralds, has placed him in demand as an author, lecturer and consultant. He is also the founder of Emeralds International, LLC.

Decades ago, Marcial de Gomar befriended Mel Fisher, the treasure hunter best known for his work with the sunken Spanish galleon Nuestra Señora de Atocha. Several Muzo emeralds and rare gold coins from the Atocha passed into the Marcial de Gomar Collection and will be included at the Guernsey event.

The auction will be conducted live at the Americas Society at 680 Park Avenue with online bidding at www.liveauctioneers.com.