Swiss luxury jeweler De Grisogono has purchased the rights to cut and polish the world's most expensive rough diamond, the $63 million, 813-carat "Constellation." 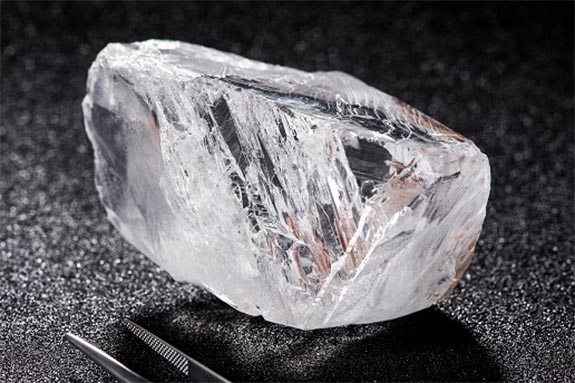 The diamond will be cut in Antwerp and the process will likely yield the world's largest D-flawless diamond, weighing between 300 and 350 carats. The cutting and polishing is expected to be completed by May 2017.

De Grisogono entered a partnership with Dubai-based Nemesis International, which had acquired the rough diamond from Lucara Diamond Corp. for $63 million in May. The value of De Grisogono's deal with Nemesis was not disclosed.

The colorful founder of De Grisogono, Fawaz Gruosi, referred to the stone as his "princess," "his collaborator" and "his woman."

"I love her and I hate her," he said. "Love because something like this is so exceptional — I could never dream to be able to have a stone like this in my own hands — and hate her because I don't know how I'm going to dress her."

"(This is) the first time we've taken such a historic stone and had full creative freedom to do what we want with it," De Grisogono CEO John Leitao told CNN.

Back in November of 2015, Lucara miners discovered two enormous gem-quality rough diamonds at its Karowe Mine in Botswana. The pair tipped the scales at a combined 1,922 carats. The larger of the two was the 1,109-carat "Lesedi la Rona," which failed to meet the reserve price at Sotheby’s London on June 29. The smaller of the two was the Constellation.

Both diamonds have been rated Type IIa by the Gemological Institute of America. Diamonds in this rare and coveted subgroup are chemically pure and often show extraordinary optical transparency.

The Constellation is the sixth-largest gem-quality rough diamond ever found, according to NationalJeweler.com.