World's Largest Pearl Was Hidden Under Fisherman's Bed for 10 Years; 75-Pound Marvel Could Be Worth $100M

Unaware of its multi-million-dollar value, a Filipino fisherman kept a 75-pound natural pearl under his bed as a good luck charm — for 10 years. Every time he would head out to sea, he would touch the pearl to ensure his safety and good fortune. 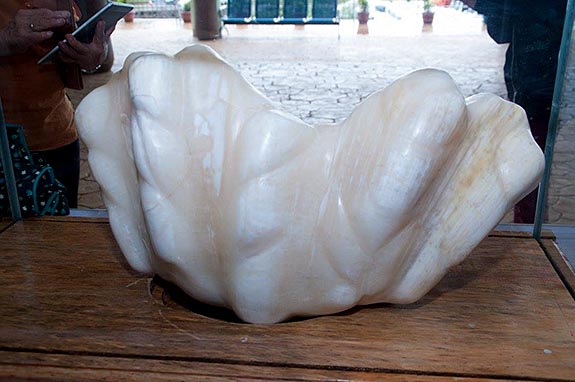 The fisherman had found the pearl by chance when his boat's anchor got caught up on a giant clam. When the fisherman dove down to the ocean floor to release the snag, he discovered in the clam what many experts believe is the world's largest natural pearl.

Measuring 12 inches wide and 26 inches long, the scallop-shaped pearl looks like it grew to fill the void inside of the shell. If found to be authentic, the pearl — discovered near Puerto Princesa City, about 500 miles southwest of the capital city of Manila — could be worth in excess of $100 million. The fisherman had been completely unaware of his potential windfall. 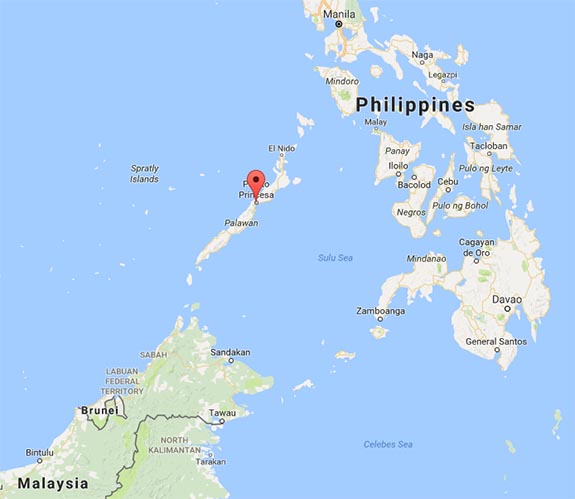 The fisherman recently entrusted the amazing pearl to Aileen Cynthia Maggay-Amurao, a relative who works for the Puerto Princesa tourism office. He asked her to take custody of the unwieldy good luck charm because he was about to move outside the province and couldn't take it with him. 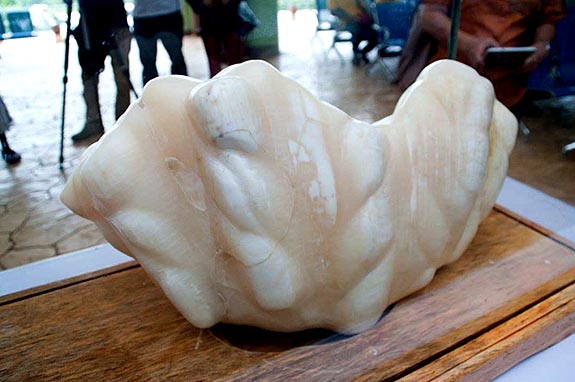 Recognizing the pearl's potential star power, she asked the fisherman if he would approve of the pearl going on display as the city's newest tourist attraction. He agreed, and now the "Pearl of Puerto" is housed in the Atrium of the New Green City Hall.

Maggay-Amurao is encouraging gemologists to visit the city to study the pearl and make a determination of its authenticity. 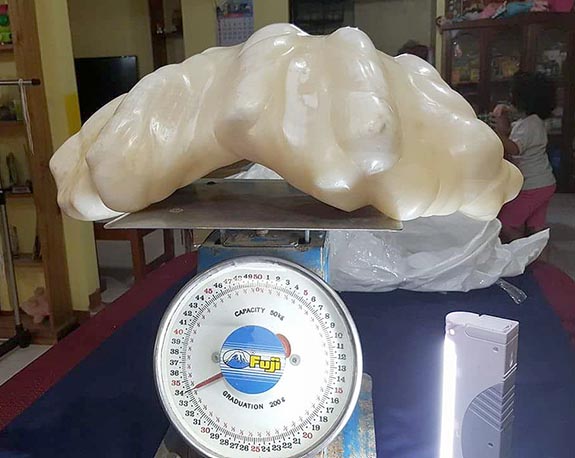 On Facebook, Maggay-Amurao posted a few photos of the giant pearl balanced on a large scale. Her caption read, “The Puerto Princesa City would likely earn another prestigious title and a record breaker for having the world’s biggest natural giant pearl from a giant clam (34 kilograms) after being certified for its authenticity. Need help from gemologists!"

A natural pearl forms when an irritant, such as a grain of sand, slips in between the mollusk’s shell and its mantle tissue. To protect itself from the irritant, the mollusk secretes layer upon layer of nacre, which is an iridescent calcium carbonate material that eventually coats the invader and produces a pearl.

Giant clams can live for over 100 years and grow to be about four feet wide and weigh more than 500 pounds.

The $100 million valuation is based on another giant pearl that was found in the same area back in 1939. Called the Pearl of Lao Tzu, the previous record-holder weighed 14.1 pounds and was valued at $93 million by a Colorado gemologist in 2003. The Pearl of Puerto weighs more than five times as much as the Pearl of Lao Tzu and, for the record, a 75-pound pearl is equivalent to 170,000 carats.

Although the fisherman has allowed the city to display his extraordinary find, he retains his ownership status. Only time will tell what kind of payday the sale of the pearl may yield.